Bertucci’s, which reopened as Bertucci’s Mediterranean Taverna in December 2016 after being closed for several months, closed again a few weeks ago. 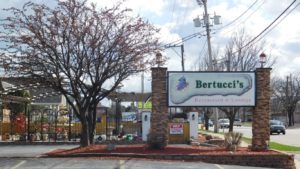 All traces of the restaurant at 10331 S. Roberts Road in Palos Hills were scrubbed from social media over the weekend. Its Facebook page was taken down, the Facebook page of former manager Paul Kousis disappeared, former owner Klaudia Szulkowska deleted all references to Bertucci’s from her Facebook page and the website has been taken down.

The restaurant added Greek dishes to its menu when it reopened under the new name.

The business had been listed as a turn-key restaurant for sale for $399,000 on March 5 on the Coldwell Banker Commercial property website.

On Monday, Coldwell’s agent for the property Nick DiBrizzi said the restaurant was under contract to sell. He didn’t know when the sale would close.

“The new owners are experienced in running a restaurant,” he said without naming any names.

The building was extensively remodeled before it reopened.
When it reopened, Kousis said it had new floors, some new décor and a gaming room.

Bertucci’s also was popular for its fenced in outdoor patio.
The sale includes the real estate, the 2,000-square-foot restaurant and all fixtures, equipment and furniture.

If you own a new business you want to see featured in a future column, drop me a line at bobbong@hotmail.com