The chain bills itself as a restaurant and sports bar. The menu features boneless chicken zingers and sauces, steaks, pasta, salads, sandwiches, desserts and appetizers. The full-service bar features specialty cocktails, wine and more than 75 selections of local craft, seasonal and domestic beers.

It’s the second south suburban location for the chain, which also operates a location in an outlot at Chicago Ridge Mall in Chicago Ridge. There are seven in Illinois.

The chain now has 83 locations in 12 states and plans to open eight to 10 new spots each year.

Miller’s is next to Chuy’s Tex-Mex, which opened Tuesday. Both businesses are on the former site of an Army Nike missile base. 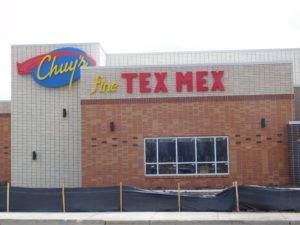 Ross Dress for Less, the nation’s largest off-price apparel and home fashion chain with more than 1,100 stores, expanded its presence in the Chicago area with the grand opening Saturday, March 4, of three new stores in the southern suburbs.

The new stores bring the total number of Ross Dress for Less locations to more than 40 in the Chicago area. The California-based chain only arrived in the area a few years ago with the opening of its first Illinois store in Orland Park.